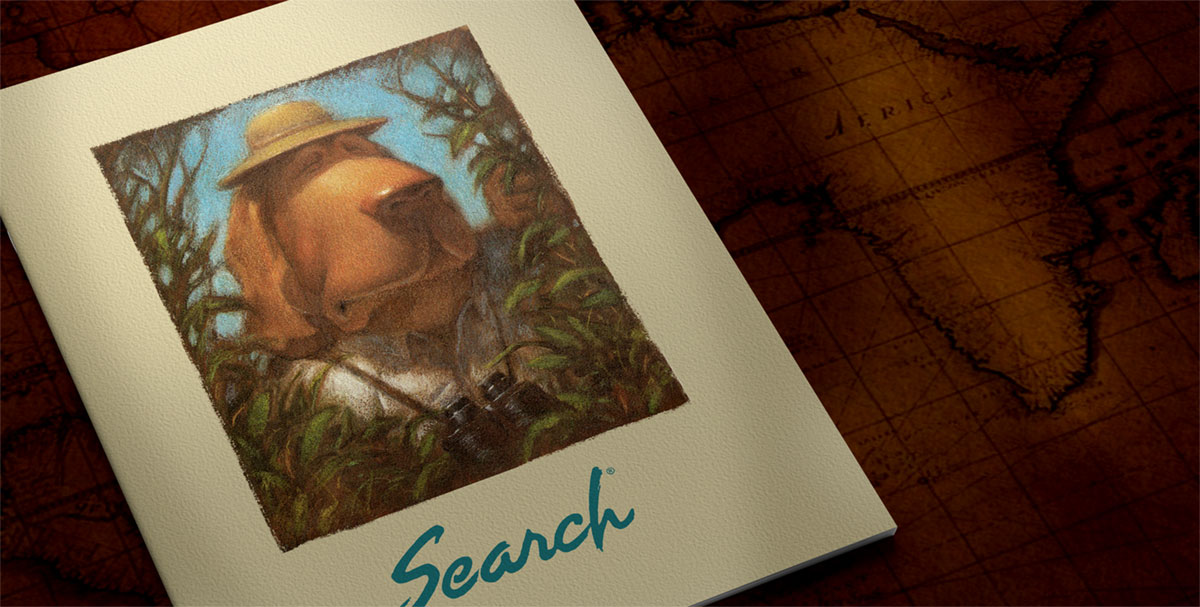 Search — a software system for cataloging and retrieving electronic graphics. The clients wanted to come up with a memorable or engaging visual idea that would be a bit different from the other more standard promotional pieces.

The concept was to make an entertaining piece with a “search” hound shown in situations where the search was thwarted by a lack the right resource. 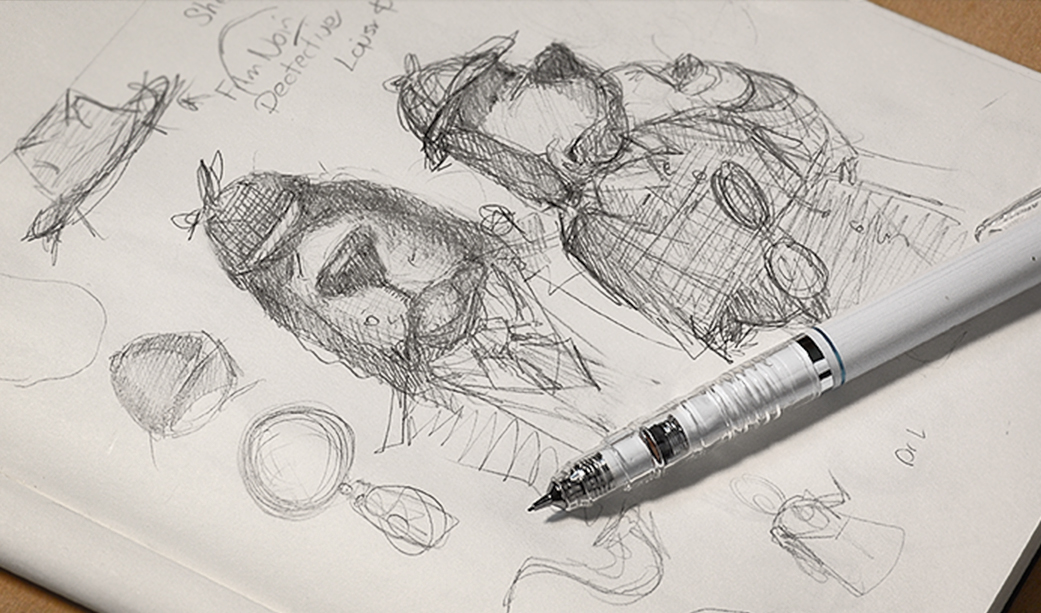 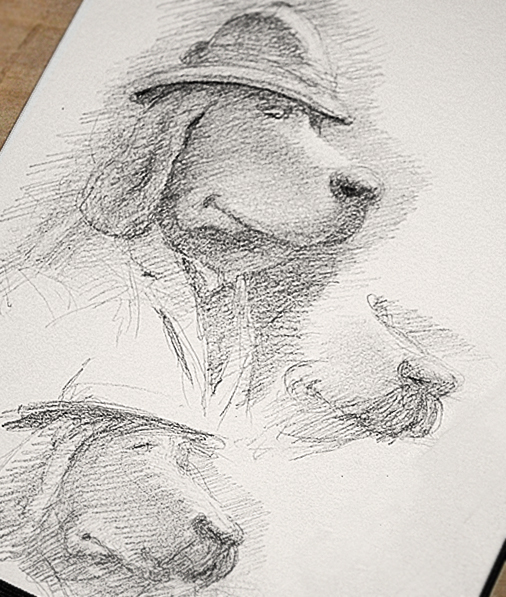 The initial idea was series of images (like single frame comics) with the hound as a detective: a Sherlock Homes or a film noir detective character. But the feedback was that just having detectives may limit the variety of situations the hound could find himself in. There was also concern that while everyone knows Sherlock Homes, not everyone may be familiar with the hard-boiled detective genre.

More sketches were created with the hound as different characters searching for something. Ideas included Henry Morton Stanley’s search for Dr. Livingstone. “Dr. Livingstone, I presume?” 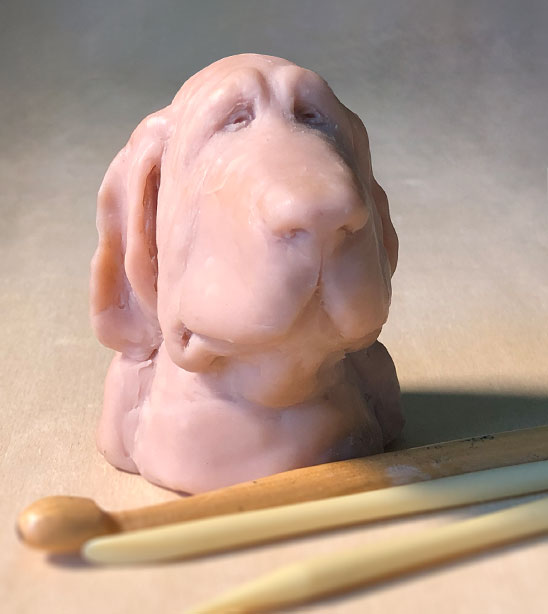 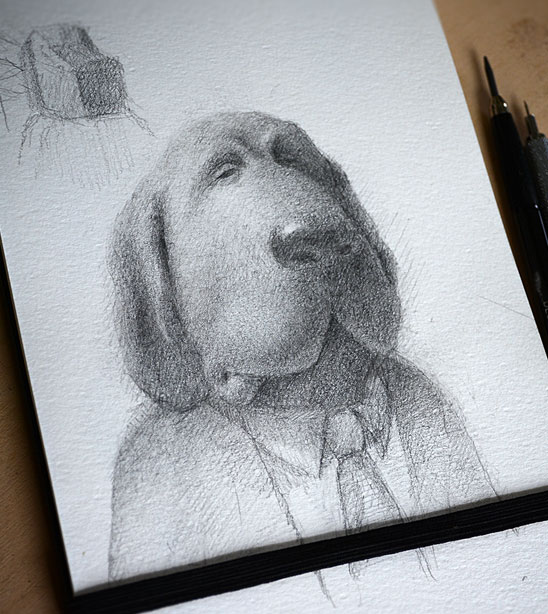 A rendering style was another issue. I wanted to avoid the hard-line cartoon/comic book look. I felt a more “artistic/painterly” look would add more “character” to the piece. Since the hound might be rendered in using a variety of poses, angles and lighting, I made a small polymer model of the head to maintain consistency and stay “on model.”

The clay model was worth the effort. I used the same head in for other projects. One was for a library and the other for Kutz book section. 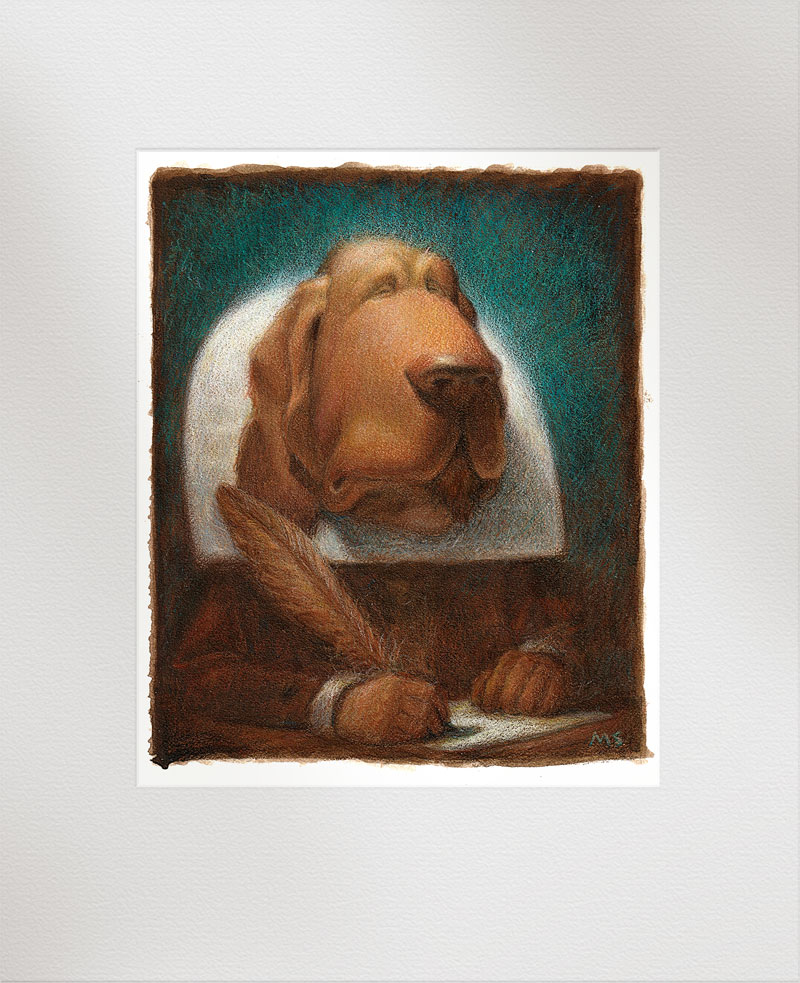